You are here: Home / The Solution

What we can bring to organisations leading from the power of we. 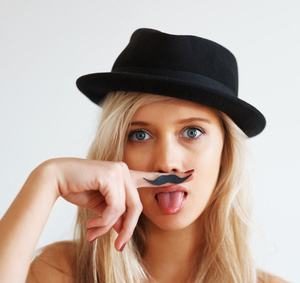 Organisation of the future, we are told, will need to move from hierarchical systems of prediction and control to more team based structures and reward systems. They need to be in the words of Jack Welsh, CEO of GE, “boundaryless” where information is shared freely ands openly across divisions and functional barriers. These organisations will need a new kind of worker, one who is a continuous learner as well as a continuous teacher, who is willing to enable and empower others, to take responsibility for problems and work collaboratively with others to solve them. Moreover this new worker will need multiple intelligences. Rather than simply having technical skills, the worker of the future needs to be someone who can think creatively and who has what is often called emotional intelligence or the ability to work effectively with others, understanding the emotional context in which the work gets done.

What we can bring to organisation sharing feminine wisdom and experience.

In organisations there is a masculine logic of effectiveness that is accepted as so natural that it may seem odd to call it masculine – a masculine unconscious bias. The logic of effectiveness build on long left brain, logical and rational thinking and transactional leadership thinking supresses what the organisations of the future really need to transform. These qualities, the emotional, the relational, the collective and long term thinking, all feminine traits and values, disappear and are being supressed even when these behaviours are in line with the organisational goals.

Organisations that try to adopt to self managed teams end up disappearing the very behaviour that would make the change work, such as recognizing the effort involved in helping a team work effectively together. Issues of gender and power and the way the feminine behaviours disappear, not because they are ineffective, but because they get associated with the feminine, relational, so called softer side of organisational practise. This implicit association with the feminine tends to code these behaviours as inappropriate to the workplace because they are out of line with some deeply held, gender linked assumptions about good workers, exemplary behaviour, and successful organisations. The masculine logic simply rules. It rules to the extent that in organisational management, design and leadership the very behaviors they need to success and to build a Great company disappears.

Why men should get engaged in accelerating female leadership: The relational qualities from a Teal “Reinventing Organizations” perspective: The Future is Female.

In his book “Reinventing Organizations” Frederic Laloux refers to a worldwide Gallup survey reveals that only 13 % of workers are engaged in work. The vast majority say they are not motivated, while 24 % are actively dissatisfied with their workplace” This proves that the current hierarchical organization chart is ripe for the evolutionary scrap heap. Throughout human history, we have taken highly necessary leaps from tribal organization to rural communities, and on to industrial and gradually the information society. Now we face the fifth leap, the consciousness leap. When Laloux describes qualities of Teal consciousness he refers to female values, traits and femininity and here are some examples:

The problem for organisations on transforming themselves to meet the challenges of the twenty first century is that the relational practices, the feminine, disappears and with that the potential of transforming and change with new ideas. Ideas presented by women in meetings are not taken seriously until someone else repeats them. Their meaning is not being credited because of their gender.

What can your organisation do to successfully accelerate female leadership?

The Future Is Female

In his new book, The Future Is Female, Christopher Weber-Fürst takes us on a journey of exploring, questioning and shattering the old paradigm which has become obsolete and irrelevant for the future to come, as demonstrated on numerous occasions in the recent history of the humankind. 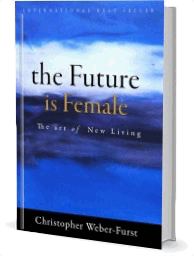